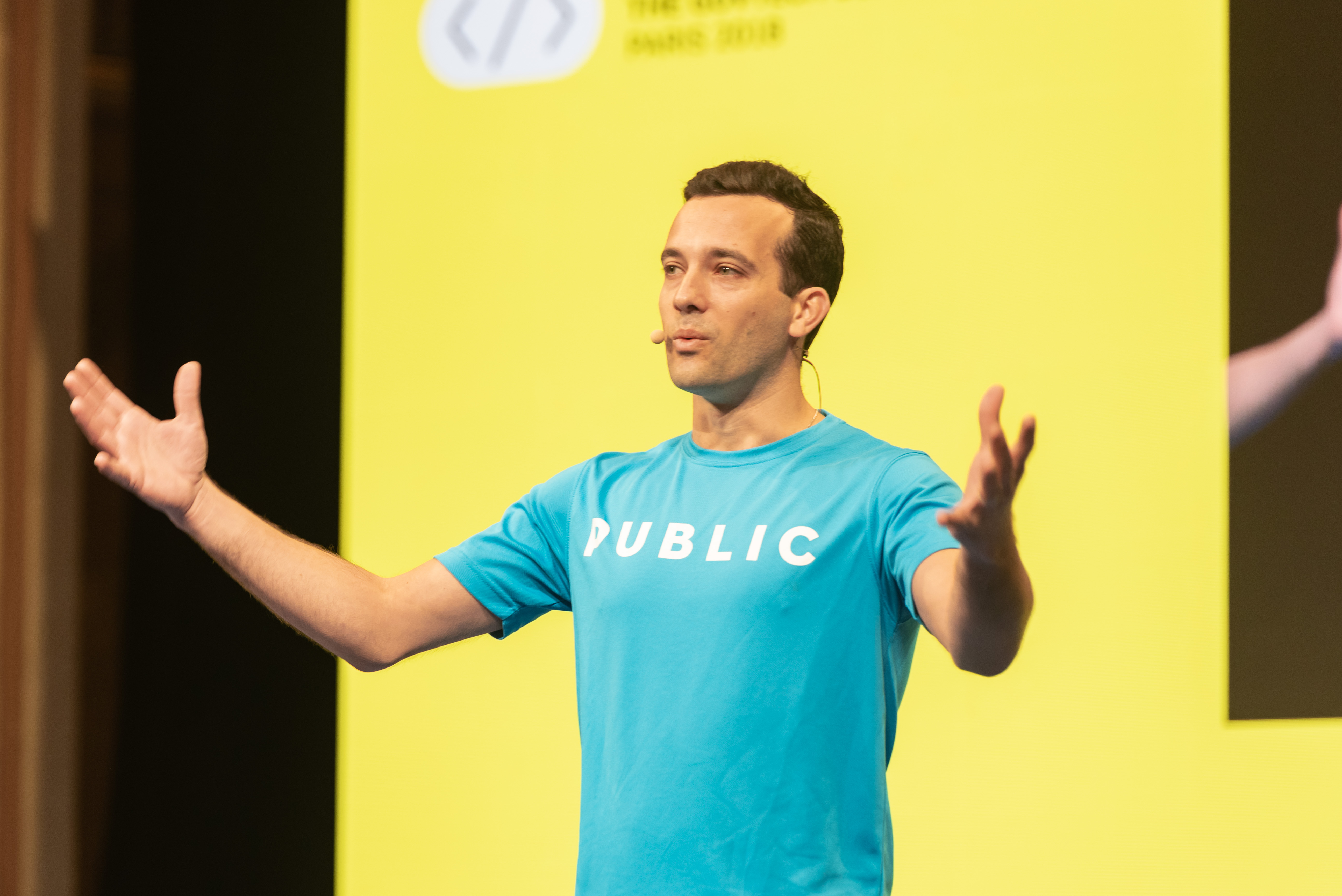 GovTech Summit 2020: From Crisis to Recovery - Our highlights

The GovTech Summit opened with a bang yesterday (29 September) - as former Prime Minister of the United Kingdom and Chair of the Institute for Global Change, Rt Hon. Tony Blair suggested the political class had failed to grasp the potential of technology.

The GovTech Summit opened with a bang yesterday (29 September) - as former Prime Minister of the United Kingdom and Chair of the Institute for Global Change, Rt Hon. Tony Blair suggested the political class had failed to grasp the potential of technology. With these provocative remarks, Mr Blair set the stage for a phenomenal day of debate on how technology has influenced European governments’ response to the pandemic, and how it will shape the future.

PUBLIC and Unbound were delighted to host an incredible line-up - including high profile figures from Governments across Europe, along with entrepreneurs and innovators from across public and private sectors - to discuss the impact of rapidly transforming services on citizens and the priorities for up-skilling those who deliver them.

We’re grateful to all those who spoke and attended, particularly to our sponsors, FutureGov, Adobe, LaPoste and AWS, without whom the event would not have been possible. Before we say farewell to another year and start getting ready for 2021, we thought we’d share  a few of our highlights from this year’s Summit below:

Rt. Hon Tony Blair: “we made an error in thinking we could design our own app and that it is going to be better than the apps that are designed by companies that do this for a living, day-in, day-out.”

In a fireside chat with PUBLIC’s COO, Hanna Johnson, the former Prime Minister of the United Kingdom gave his take on the current government’s response to the pandemic.

Mr Blair argued that the pandemic has highlighted the potential of technology for innovating public services, as he drew attention to the massive shift in healthcare toward virtual consultations, and to the test-and-trace app as a way to manage the spread of the virus.

On the controversies around the development of the NHS COVID-19 app, Mr Blair indicated that he viewed attempts to in-source the design of an app rather than work with big-tech giants was a mistake; he later questioned the extent to which the political class had grasped technology.

Adressing the importance of testing, Mr Blair spoke to the Summit about the possible value of Digital Identity in delivering public services - particularly in the context of delivering an effective programme of vaccinations against COVID.

‍Catch up on Mr Blair’s remarks

‍German Federal Minister of Health opened our discussion on the rapid adoption of technology in healthcare by highlighting the areas in which his Country had experienced the most fundamental changes. Everything from how patients seek health advice to how pathology labs communicate with public health authorities have changed overnight, solely as a result of pressures arising from COVID-19.

Echoing the views of his German counterpart, the UK’s Secretary of State for Health and Social Care, Matt Hancock said that the crisis had changed the way citizens perceived technology as a tool in healthcare - "'The mass market has moved from being neutral on technology to embracing it", he said, later commenting on the potential benefits of this adoption for healthcare in the long run: "The more you can put healthcare in the hands of people the more people will feel ownership around staying healthy".

‍On what the particular effects of the pandemic that were driving this shift, Rachel Murphy, CEO at Difrent, drew on her experience in the health system: “One of the overriding challenges when I was working in the NHS was interoperability - and I think the challenges of COVID19 will add to that.”

‍JulietBauer of KRY/LIVI agreed, stating her hopes “that healthcare is going to be reimagined around a promise to the patient of better access to care. Overall we hope the system is a much richer overarching system based on much richer data.”

‍On the point around data, Andreas Cleve, CEO of Health startup Corti.ai, urged a degree of caution, warning “We’re in murky waters. I can use private operators to handle my data - and that data is not usually owned by the patient. We’re in this paradigm where the data we give to the health sector is data that we lend.”

‍Catch up on part one of the healthtech panel session and view part two here.

‍Upskilling Government: Is it possible for Government officials to innovate without the help of the private sector?

“I’m hearing quite strongly from you all that the talent is there in government - so what’s the problem? Is it just bureaucracy? And If that’s correct, how do we break down those misconceptions?”

‍So asked moderator Verity Harding, Fellow of the Bennett Institute, of panellists on our mainstage session, ‘Upskilling Government’. Having opened the session by inviting speakers to suggest - were it an option - which superpower they would imbue on their Government, the debate quickly shifted to the capacity of government and officials to innovate - and what role the private sector has to play in public-sector innovation.

Panellists differed in their views, with Eldred Jordaan of GovChat telling the summit of the essential role of private sector companies in working with Government. Mitch Weiss, Professor at Harvard Business School - and a former Chief of Staff to the Mayor of Boston -  countered, questioning the basis of perceptions that the public sector was not able to innovate - and insisting that breaking down this ‘myth’ should be a priority. Helping Governments engage better with risk would be key. Discussing the possible routes forward, Pamela Dow, Executive Director, Innovation and Skills at the Cabinet Office touched on the importance of effective training: “When you say we’ve got the talent - we have bags of potential - but we need to equip people with the skills they need”.

On the value of digital skills programmes such as the Fellowship to Navy personnel and other public servants , he summarised: “[Innovation] is absolutely within our tradition. It’s about rediscovering something that should be inherent within the public sector.”

‍Missed it? Click here to catch up on Upskilling Government’

‍Surveillance as a tool for healthcare: Privacy and data still a major concern

Our session on track-and-trace and public attitudes to surveillance technologies brought together a panel of heavy-hitters in law enforcement, technology and regulation, including Elizabeth Denham, the UK Information Commissioner; Nima Elmi, Head of Government Affairs at the World Economic Forum, and Sir Mark Rowley, former Assistant Commissioner for Specialist Operations of the Metropolitan Police Service - chaired by Ria Thomas of Polynia Advisory.

Discussing the NHS COVID-19 app released last week to support test-and-trace efforts, Ms Denham explained how her office had set out to approach and advise on privacy issues around the app: “we know that the use of this technology and the use of data is not a short term matter.” she said, “When we and others were looking at the privacy implications of this technology, we were looking at ‘How would it be decommissioned at the end.”

On whether the public will embrace the app, or indeed similar technologies that could manage public health concerns, Sir Mark Rowley responded:  ““Its much easier to build trust in times of peace than in times of war...There's going to be lots of points in our system where we have to catch up with a public understanding of ‘well we don’t do surveillance in our health system’"

As discussion shifted to the use of personal data in the pandemic response, panellists agreed that what has changed in the context of COVID is the use of public-private partnerships; on the responsibilities of both parties, Ms Denham warned: When it comes to businesses that are providing apps, providing services: they have the responsibility of privacy by design as well…..If we lose public trust in this pandemic, we know there will be a hit in the public’s uptake of these important services and provisions.”

‍Highlighting the stark differences in regulation of personal data from jurisdiction to jurisdiction and how that might impact on joined-up approaches, Nima Elmi urged “a much more global approach when it comes to technology regulation, particularly those technologies which have an important role to play in society writ-large”

‍Catch up on the surveillance tech conversation here

‍Other great moments throughout the day

Catch up on all the GovTech Summit main stage sessions on our youtube channel - don't forget to subscribe for more GovTech Summit content; which was your favourite session?  Let us know about sessions and speakers you’d like to see. Interested in speaking at future summits, get in touch with us, Hello@public.io 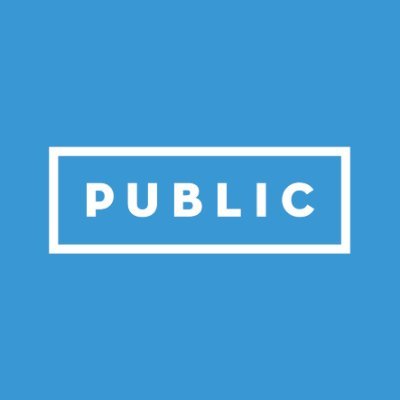